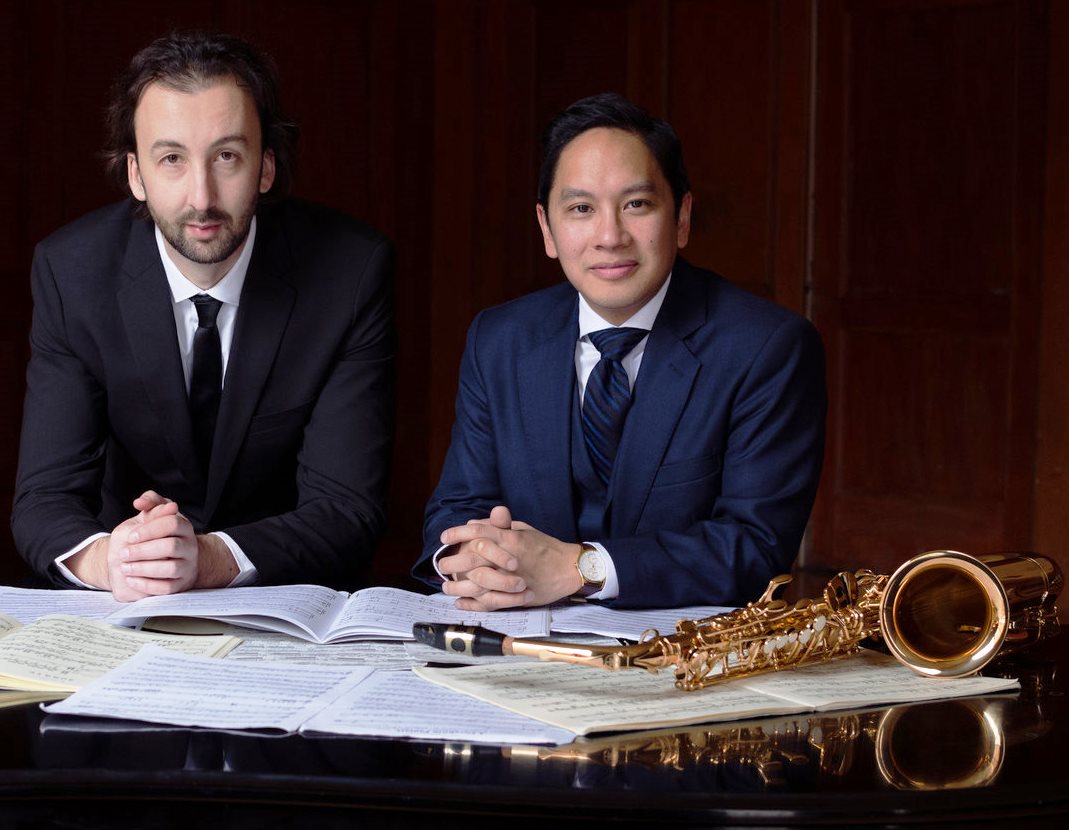 This afternoon’s exciting program will feature works from J.S. Bach, Robert Muczynski, George Gershwin, and more.
Prometheus Duo is a saxophone/piano duo based between Hartford and New York City, specializing in classical music. Together, the duo has garnered critical acclaim from venues throughout the New England area, sharing a sensual blend of the current day and the proven works of the musical canon.
Marko Stuparevic has appeared in numerous concerts and festivals in the USA and abroad, and he won top prizes in the American Protégé International Music Competition at Carnegie Hall as wells as many other piano contests. He is currently pursuing his Doctoral degree (DMA) at The Hartt School of Music.
Joseph Abad has collaborated with the Connecticut Valley Chamber Orchestra, the Hudson Valley Chamber Winds, The Hartt Symphony Orchestra, and others. He has performed across the US and in Japan, Italy, and Iceland. He is the current saxophonist of the Hartford Independent Chamber Orchestra, and the Elements Ensemble. From 2012-2016, he was the soprano saxophonist of the Hartford-based Asylum Quartet.
Please register.
The Spotlight Sunday events for Fall 2019 are made possible by funding from the Friends of the Bloomfield Public Libraries.